IndyKey members may request to use 1,500 points / night to obtain 15% off the Best Available Rate 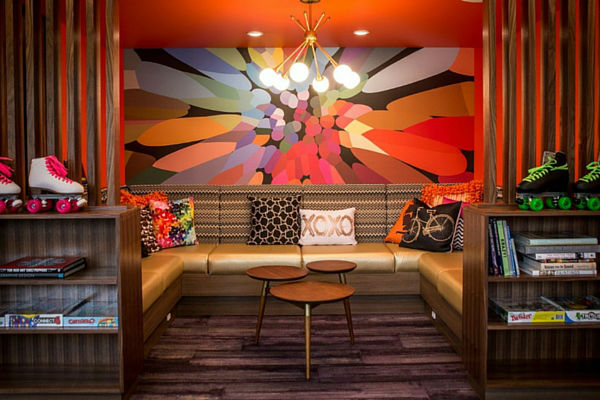 The 15% off for 1,500 points /night for IndyKey members is subject to availability at the sole discretion of the Hotel. The IndyKey members rate is only applicable to rooms reservations, and is not available for vacation packages or able to be combined with other offers. 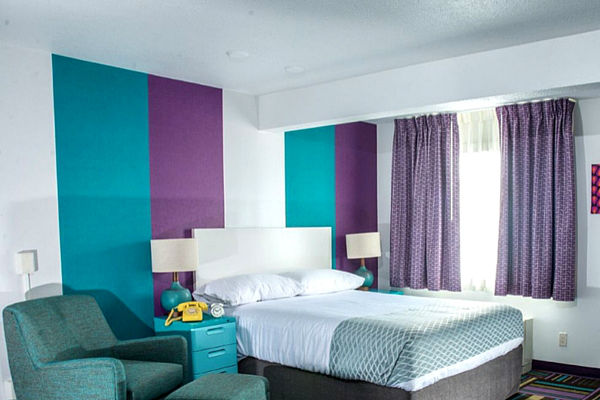 The Bachelor (or bachelorette) pad is perfect for those on a budget. It has everything you need in a compact space. Ground floor. 1 Queen bed. Sleeps 2.Sleeps up to 4. Desk, 43 inch LED TV, Awesome free Wi-Fi, Mini fridge with small freezer, Comic book. 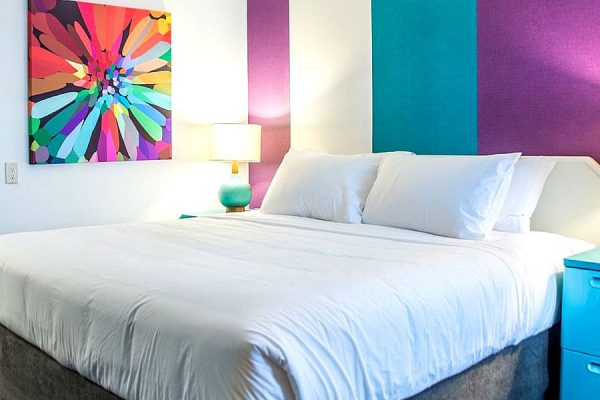 The superb room for those people that like to spread out. Not a bad choice when you want to impress your travelling companion either. 1 King bed. Sleeps 2. Desk, 43 inch LED TV, Awesome free Wi-Fi, Mini fridge with small freezer, Comic book. 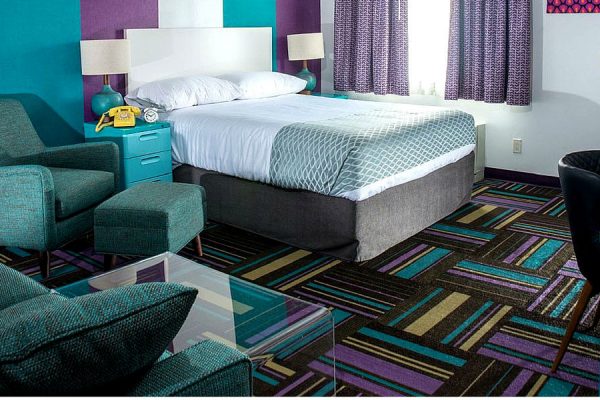 For the big family. No need to rent multiple rooms and try to keep an eye on the kids when you stay here. Mom and dad can have the queen bed, put the young’ ins in the pull-out sofa and stash the teens away in the twin bunk beds. A splendid room for a girl’s getaway weekend. 1 Queen, 1 double sofa-bed, 2 twin bunks. Sleeps up to 6. Desk, 43 inch LED TV, Awesome free Wi-Fi, mini fridge with freezer. Comic Book.

Who / What is Hotel Zed?

They are ridiculously fun & eclectic hip hotels in Victoria BC and Kelowna that are so completely awesome your mind will be blown! Ok, slight exaggeration, but we swear it’s like nothing you’ve ever seen before: vintage VW and retro Chevy shuttle buses, rotary dial phones,typewriter stations, comic books in the brightly colored rooms… they are self proclaimed Rebels Against the Ordinary.

Secretly, they are the people behind Accent Inns (their sister chain with 5 hotels in BC) and they had this crazy idea of starting a funky hotel that was actually affordable, right in their hometown of Victoria and then soon expanded to Kelowna. Their boutique hotels are super cool, kickass, edgy, but totally down-to-earth and not pretentious. Fun, playful and approachable, that’s who they are.

Boom! Right smack dab in the heart of all the action is Kelowna’s Hotel Zed. Just one small block off Bernard, the city’s bustling & beautiful main street that’s full of eateries and boutique shops, and just one small block from the Downtown Marina that has skidoos, wake boats, pleasure crafts, pontoon boats, SUP’s and kayaks for rent.

Is the location of Hotel Zed – directly across from Kelowna’s City Park which has sandy beaches! A water park! Tennis courts! There’s a skateboard park, a running track, lawn bowling, playgrounds, sports fields and a gorgeous biking & pedestrian path around the lake.  And it’s all just across the street.

Their beautiful 1961 Chevy Greenbrier van can take you on a memorable trip around town.  Or make it even more extraordinary by borrowing a pair of their complimentary roller skates! Or take the tandem bike out for a spin?  Or the retro cruiser bikes?   They’ve got ‘em and they are there for you to use, no charge.